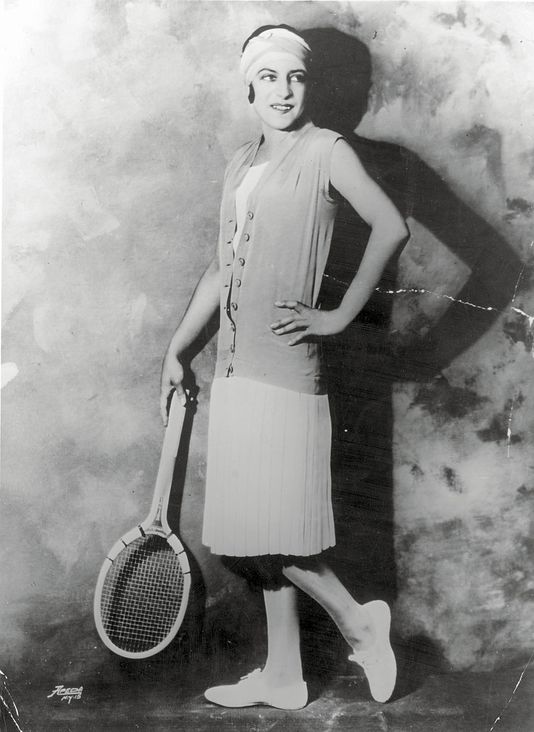 Suzanne Lenglen, a name which conjures up images of more than just the famous French Open tennis court, is above all else the name of the greatest female player in the history of tennis. A true icon of the 1920’s, she earned an impressive record: between 1919 and 1926, this Parisian received two Olympic Gold Medals, won Wimbledon six times and the French open six ties.

But beyond her sporting accomplishments, Suzanne Lenglen revolutionised the dress codes of the time. The young 20-year-old tennis player amazed Wimbledon spectators when she abandoned her corset and revealed her immaculate stockings; her headband-knotted hair and pencilled eyebrows completed the picture. She was also the first woman to play sets while dressed in specially-made outfits created by fashion designers. And she very quickly became the muse of French designer Jean Patou, who created pleated knee-high silk skirts for the champion. 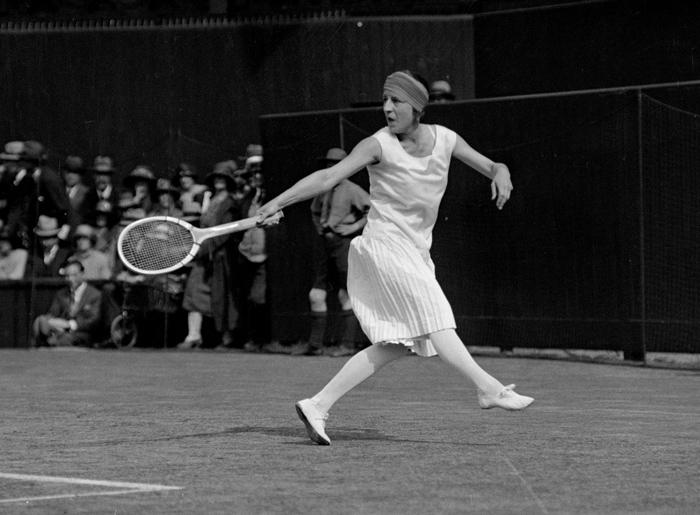 Around this time, while Jeanne Lanvin, Coco Chanel and Elsa Schiaparelli were the stars of the Roaring Twenties, female tennis players were becoming fashion icons. As they sported caps, cardigans and long skirts, they introduced French chic and French style to the tennis courts. The 1920’s were dedicated to l’art de vivre à la française, the “French Touch” which defined the Roaring Twenties.

Suzanne Lenglen was the living embodiment of this period, as much for her clothing style and aerial grace as for her busy social life. Nicknamed La Divine (The Goddess), she could be seen rubbing shoulders alongside King Gustaf V of Sweden and Duke Michael of Russia, and she would also reside at the Carlton when in Cannes. Emblematic of a new fashion trend, the player left her mark on this decade, and over the years, she has attained the status of a timeless myth.

About France with humour

What do you know about Paris Haute Couture Fashion Week?

Discover the secret world of jewelers and the craftsmanship behind their masterpieces.
All News
Themes